I first met Gopal in 2010, the same year I met Hector, the same year my life fell on its head…
Gopal was the most unusual person to meet in Nepal, in a most unusual place and time in my life.
It was a year after my father died, and I decided to stop my university studies and travel the world.
My first stop was to Nepal as a Tevel Betzedk, an Israeli NGO working with rural and marginalized communities.
I offered my expertise in Theatre of the Oppressed to train volunteers, staff and give workshops in villages and worker schools.
Gopal was assigned to be both my Nepali teacher, workshop translator and guide, and that he did very well.
Usually, when working with a translator in workshops, there is an energy loss, but not with Gopal, he was actually adding energy to it! He was a great teacher, and I learnt some basic conversational Nepali ( I forgot by now), and he was a great guide in many ways.

He was the one that guided and made me aware of the international theatre festival that was going on and where I met Hector for the first time. Going up to the village ChukMuky, I remember his fast steps up and down the steep mountainside. He was (and is) a dreamer with an open heart, a peacefully Gorkah warrior and wise and funny Rasta Nepali men.

In 2018 he invited me to come back to Nepali, to run a workshop with the International Social Theatre Centre Nepal. Unexpected, magical and sometimes confusing experience which under sacred mountain not far from Kathmandu.
Gopal does not let borders or limits stop him and his dreams, He has travelled to Europe, Canada and the USA to train and teach, he even got to Senegal to one of the most unforgettable experiences of my life.
In the same manner and passion after getting his companies first big contract, he decided to but land and start a centre for Arts and Farming. A home for social artists to create and learn together.

Lukeko Gaun is the name of the place and is the reason I am writing to you today. Gopal and Lukeko Gaun needs our help as with the slowing down of theatre activities and projects it has not been able to pay on instalment on loan made by Gopal as part of initial investments made on the land and the centre. The loan is of 1 million rupees (less than 10,000 USD) and has a monthly instalment of interest of 18,000 rupees (about 150 USD) and with the last 5 payments missed the bank is threatening to put the land on auction to recover the loan.

If you wish to support and join Lukeko Gaun,  you can donate here: https://bit.ly/SAVE-LUKEKO-GAUN you can contact Gopal directly you could send him a message via lukekogaun@gmail.com if you prefer to use other money transfer services or have other proposals for collaboration and sponsorship.

So get involved and share the word
because we all need Nepal and Gopal to thrive! 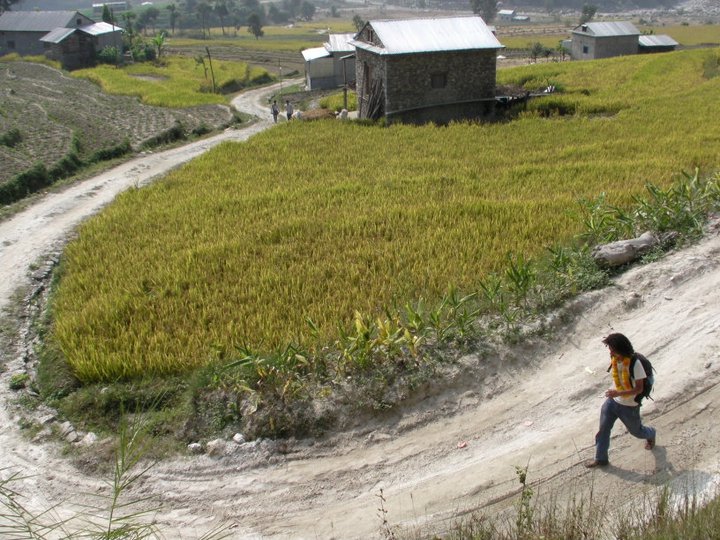 In conversation with Doriana Crema

The 12 Techniques of Newspaper Theatre

Newspaper Theatre (NPT) was born as a theatrical manifesto by Arena Theater of Sao Paulo. With the 12 techniques of NPT, a group of actors and non-actors can transform any non-dramatic text …

Fear of Peace John Washington October 19, 2016 Colombians have been living through war for more than fifty years. In a conflict primarily between the state and a leftist insurgency, …

This website uses cookies to improve your experience while you navigate through the website. Out of these cookies, the cookies that are categorized as necessary are stored on your browser as they are essential for the working of basic functionalities of the website. We also use third-party cookies that help us analyze and understand how you use this website. These cookies will be stored in your browser only with your consent. You also have the option to opt-out of these cookies. But opting out of some of these cookies may have an effect on your browsing experience.
Necessary Always Enabled
Necessary cookies are absolutely essential for the website to function properly. This category only includes cookies that ensures basic functionalities and security features of the website. These cookies do not store any personal information.
Non-necessary
Any cookies that may not be particularly necessary for the website to function and is used specifically to collect user personal data via analytics, ads, other embedded contents are termed as non-necessary cookies. It is mandatory to procure user consent prior to running these cookies on your website.
SAVE & ACCEPT
A FREE PRINTABLE PDF

Newspaper Theater is a breakthrough tool developed by Brazilian visionary theatre maker Augusto Boal in the 1970s during the times of the military dictatorship in Brazil. It is the first technique of the Theatre of the Oppressed, Boal’s praxis of aesthetics of liberation, and still is a fresh approach to why and how to do theatre.

FREE PDF WITH THE 12 TECHINQUES OF NEWSPAPER THEATRE

JOIN THE NEXT UNLOCK THE NEWS EVENTS