Hector’s fifth visit to India took him to Kolkata in December 2010 for 4th Muktadhara festival organized by Jana Sanskriti, the first theatre organisation to practice Theatre of the Oppressed in India. Since 1992 -the year it abandoned conventional stage theatre –it has spread the practice of Forum Theatre in not only West Bengal but to 12 different states within India. Jana Sanskriti today serves as an inspiration to all those in the world who are keen on bringing about transformation in society through the use of Theatre of the Oppressed.

Working for 25 years with those that are amongst the „oppressed of the oppressed‟ in India, Jana Sanskriti holds that the greatest violation of human rights is one’s right to think. To ensure this right, the central focus of the organisation has always been on creating a democratic space for people to cultivate themselves intellectually.

From its inception in one remote village, Jana Sanskriti has now constructed 25 teams (in West Bengal alone) consisting of men and women agricultural laborers. These actors come together transcending divisive social and political affiliations to plan constructive action and provide dynamic leadershipfor social justice and community development. Their plays onstage and their political activism offstage feed one another to mobilize around issues as wide-ranging as domestic violence to political violence, from reconstruction of public institutions to resistance against aggressive forms of development.

Rather than use theatre to deliver development messages and services, Jana Sanskriti has used theatre to establish dialogue in society. They believe that dialogue allows for informed critical thinking and prevents a human being from following blindly –whether in pursuit of material things, an ideology, or a person. This form of dialogue is an aesthetic experience of life, an internal transformation which inspires action for external transformation. This is what we mean by total transformation.

The name “Muktadhara” consists of two words: „Mukta‟and „Dhara‟.The former means „free‟and the later means „flowing water‟. Taken together it is symbolic of man’s journey in freedom–a  journey in which there is freedom from dogma, oppression, hatred and all those things that divide.

The 4th Muktadhara festival brought a large number of people from all over the world -participants, practitioners, the global academia as well as lovers of Jana Sanskriti from 6 continents. By way of this festival we will all come together to recognize and celebrate not only the power of theatre as engaged and utilized by the organisation, but to also perceive what has been clearly demonstrated by Jana Sanskriti: when people can come together things become possible.

From March 3rd to March 6th, 2008, at the invitation of  Sushama Despande, ImaginAction worked on the project

“My Mother, The Gharvaali, Her Maleek, His Wife”

Organized by SANGRAM AND VAMP
HIV/AIDS Prevention with Sex Workers Journeying into the Jungle: by Tatiana de la Tierra for La Bloga 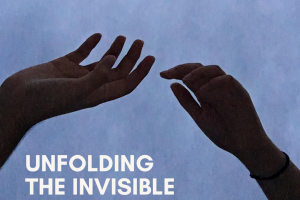 Not a member yet? Register now

Are you a member? Login now

Any cookies that may not be particularly necessary for the website to function and is used specifically to collect user personal data via analytics, ads, other embedded contents are termed as non-necessary cookies. It is mandatory to procure user consent prior to running these cookies on your website.